Get Directions Book a table 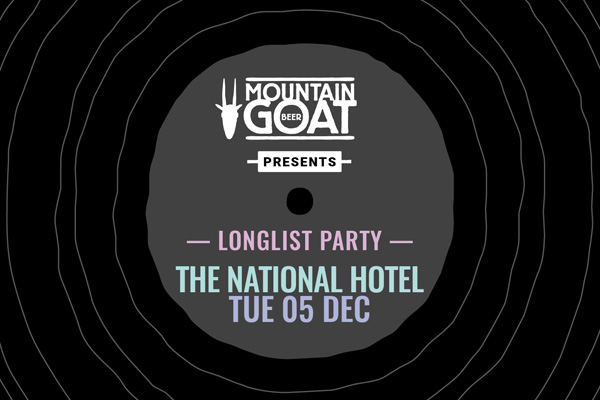 In partnership with Mountain Goat Beer, The Australian Music Prize is holding a party on December 5th at which the judges’ Longlist will be announced in full. Everyone is welcome to come and hear the best Australian artist albums of 2017!

The free event at Melbourne’s The National Richmond will be hosted byBrian Nankervis (Rockwiz) and Sam Lockwood from The Jezabels (The Jezabels won The AMP with their 2011 album ‘Prisoner’) and feature live performances by Jen Cloher, Birdz and Gretta Ziller, each performing music from their 2017 Longlisted albums.

The 13th AMP is pleased to announce that Beaches, Cable Ties and Tornado Wallace have made the 2017 Longlist and are therefore in line to win the $30,000 cash prize courtesy of Principal Partner, PPCA.